Battle Hymn of the Tiger Monk

Perhaps you’ve heard of a new book, “Battle Hymn of the Tiger Mother,” by Amy Chua, who argues that a Chinese-style of pushing children to excel in school and other activities is best, even at the expense of play dates, sleepovers and sports. Her book caused a firestorm of criticism and debate.

After one of her daughters came in second in a math competition, Chua forced her to do countless math problems nightly until she came out on top. Chua constantly prodded and pushed her children to excel in school and music. She threatened to burn all of a daughter’s stuffed animals unless she played a musical piece perfectly. As a result, the girls won musical competitions and got straight A’s in school.

As you can imagine, many people denounced Chua’s methods, saying for example that they will result in unhappy children who may have skills, but won’t have a true love for what they are doing, nor will they have initiative or creativity of their own. This debate parallels as similar one in Buddhism and which I think holds an important lesson for us.

New York Times columnist David Brooks made an interesting argument in a January 18th piece. He wrote critically that actually, Chua is protecting her children “from the most intellectually demanding activities because she doesn’t understand what’s cognitively difficult and what isn’t.”

“Practicing a piece of music for four hours requires focused attention, but it is nowhere near as cognitively demanding as a sleepover with 14-year old girls. Managing status rivalries, negotiating group dynamics, understanding social norms, navigating the distinction between self and group—these and other social tests impose cognitive demands that blow away any intense tutoring or a class at Yale.”

Brooks goes on to say: “Participating in a well-functioning group is really hard. It requires the ability to trust people outside your kinship circle, read intonations and moods, understand how the psychological pieces each person brings to the room can and cannot fit together. This skill set is not taught formally, but it is imparted through arduous experiences.”

I think there is an underlying equation in these opposing arguments which goes like this: “Superior skills result in a good job, high salary and success in life” versus “A well-rounded person will have a well-rounded, fulfilling life.” To me, these two kinds of reasoning mirror an ages-old debate in Buddhism.

Many people think spiritual enlightenment is the result of leading a monk-like life, filled with rigorous practices such as meditation, severe fasting, scholastic study, denial of earthly comforts and extreme self-control of mind and body. As the thinking goes, practices that foster self-discipline by pushing oneself to human limits will result in a breakthrough of understanding. Only through such practices will a person overcome one’s passions and emotions to achieve true enlightenment.

Shinran Shonin made the exact opposite argument, saying the true Buddhist path does not lie in self-discipline and self-denial, but rather in just living everyday life. As if to underscore the point in Shinran’s master text, Kyogyoshinsho, the chapter titled “Gyo,” normally interpreted as “spiritual practice,” was translated into English as “true living,” by the great scholar D.T. Suzuki.

In other words, we don’t need to climb a mountain to meditate or live as an ascetic in the forest. The point is not to develop these skills or self-disciplines. The point is to understand who we are and what this life is all about. Only then, can we live true, fulfilling and joyous lives. And the best place to come to this understanding is right here, right now, in the midst of our very own lives.

Within the swirl of life’s uncertainties, we naturally question our understanding of who we are and what this life is all about. Guided by the words of the Buddha and Shinran Shonin, our awareness can grow deeper and fuller. This process of self-discovery is the great source of life’s joy, not the pursuit of wealth, status and worldly possessions.

Of course as Ms. Chua points out, it is important to study hard, develop skills, get jobs and earn money, all of which are necessary to live. But those pursuits do not result in true and lasting happiness and should not be ends unto themselves. True joy results from living life fully with a deep sense of understanding and inter-connectedness to everyone and everything around us. 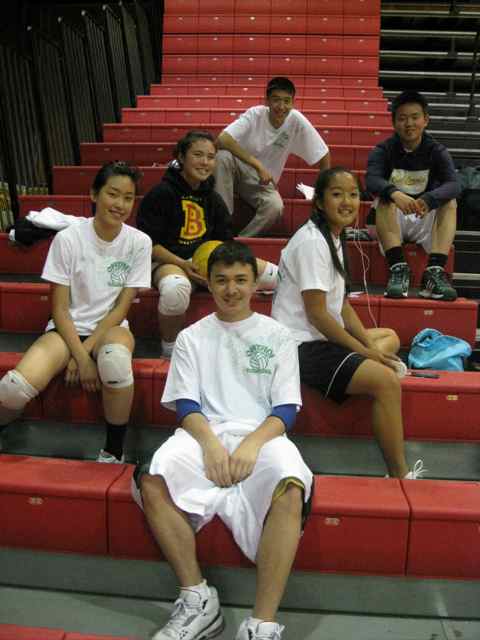 We will hold our annual Dobo local retreat on May 2, Saturday from 10 a.m. to 3:30 p.m. This retreat is open to everyone. Our guest speakers will be Rev. Paul Imahara from Los Angeles, who will speak in English, and Rev. Tomoyuki Hasegawa, who will speak in Japanese. The day will include discussion and a question and answer session. Registration fee is $10 , which includes lunch. To RSVP please call the temple or email.

The Dharma School meets every Sunday morning and is for children pre-school age through the 7th grade. Students learn about Jodo Shinshu through stories, arts and crafts, and discussions. In addition to our weekly classes, Dharma School activities include our annual Bodhi party, Hanamatsuri skit, and snow trip. Please see the temple calendar for dates and contact the temple office with any questions.

The Fujinkai decided to change the name of the group to Women’s Buddhist Association (WBA). One of the motivation to welcome all women from all ages and all walks of life thus to create an organization to reflect a broad range of talents, ideas, and energy.

Like the Fujinkai, the WBA will support the temple through its activities, such as the Spring Food Bazaar and the templeSummerBazaar. However, it is not “all work and no play.” We know how to have a good time. For one, there's the annual Reno Bus Trip.Previously there were also visits to the Asian Art Museum to view the Masters of Bamboo Exhibit and to a play, "Menopause the Musical" at Pier 39 in San Francisco. There is an annual luncheon recognizing its new members.
Monthly meetings are held on the first Sunday of each month but it is not necessary to attend every one. Minutes of the meetings are distributed to the members. These meetings are opportunities to share ideas, plan activities, and work on projects that could help the temple. For more information, please contact the temple office.
Members are invited to offer incense in the temple beginning at the 9:45 a.m. The meeting begins at 10 a.m.